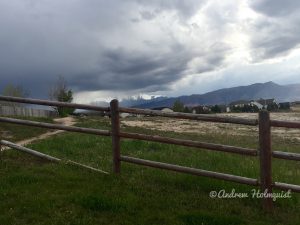 Early one morning, after I had not had much sleep the night before, Andrew walked into our room, opened the blinds and said, “I see mountains!” Andrew is our son with special needs. He has autism, is considered mentally handicapped and has a slew of acronymns all dealing with his medical history.

After digging way down deep to find my happy voice at 5am, I replied, “Yes, Andrew, there are the mountains!” He had been doing this morning ritual every day since we moved here. After six months, I figured by now the novelty would have worn off.

Andrew has always “fixated” on things. When he was younger, it was Hot Wheels cars. Currently, it is the … mountains! I never knew there was an actual term in the special needs community used for this kind of behavior until a few months ago. All I know is it drives me crazy sometimes. It’s called “perseveration.” It means Andrew will do certain things over and over and over again (i.e. telling us each and every time he sees the mountains, especially really early in the morning). However, just because I now know the term for his obsessions, it does not make it any less emotionally and physically draining. 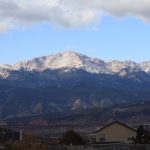 My repertoire for answering him became very scripted:

…”Ok, you can take ANOTHER picture of the mountains!” 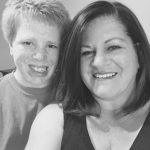 I experienced a “but God” moment one morning as we were waiting on the front porch for Andrew’s school bus. He asked me to take a picture of the mountains yet again. We have a gazillion pictures of the mountains that are visible right outside our front door. Why he needs another picture is beyond me! Reluctantly, I took another picture. Little did I know what God had for me that morning. 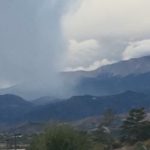 As I snapped the picture, God spoke to me:

“Julie, just as Andrew gets up early and declares ‘I see mountains!’ I want you to get up each and every morning declaring ‘I see God’s promises! I see God working!’

My promises are more certain than the mountains that you see! And just as the mountain range is sometimes obscured by clouds and fog, you can let the busyness of the day, your worries or your fears obscure them from your view. Or, like Andrew, you can choose to see the mountains every morning! You choose!”

God has ordained Andrew to proclaim His strength in seeing the mountains!

Matthew 11:25, “At that time Jesus said, ‘I praise you, Father, Lord of heaven and earth, because you have hidden these things from the wise and learned, and revealed them to little children.’”

It is just like God to use my son, who struggles with his speech for the most part, to declare such a deep spiritual truth to me–his Bible-college graduate mother who has walked with Christ for almost 30 years!

Even though Andrew is difficult to understand at times and has a lot of issues, God uses Him to speak to me … if I will just take the time to listen. And so, I will choose every morning to declare WITH Andrew, 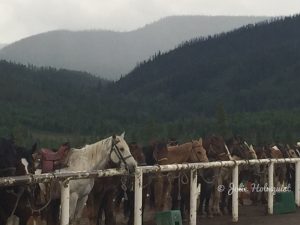 “I see the mountains!”