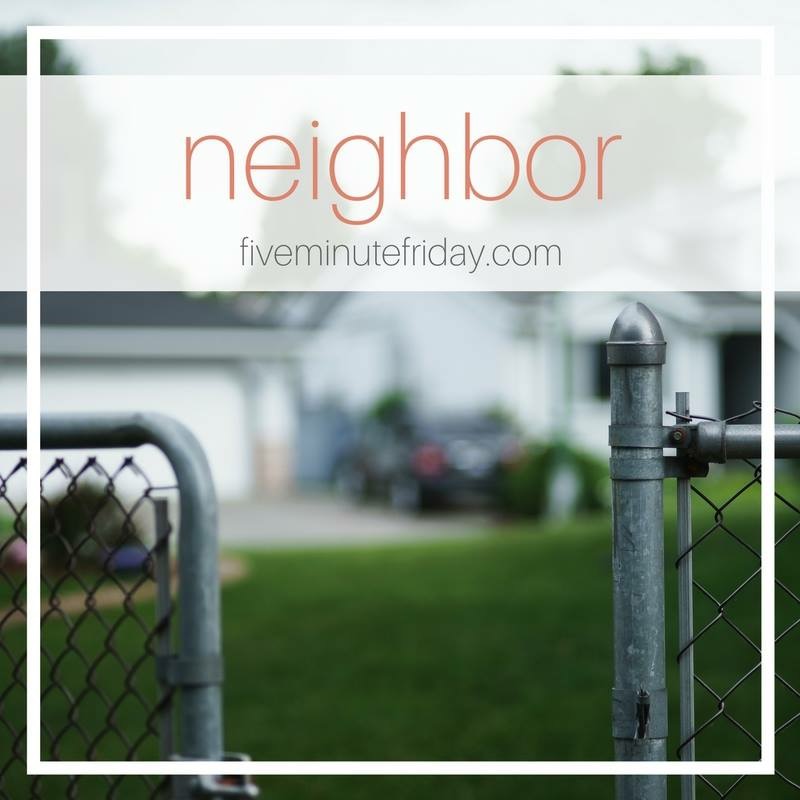 We had just moved into our first house when we heard a knock at the door. It was an elderly couple from across the street. They welcomed us into the neighborhood with a large plate of cookies–all kinds. I quickly realized Patti’s love language was giving gifts.Throughout the years, she.found any and every reason to bake cookies for us: Valentine’s Day, St. Patrick’s Day, Christmas! I think they kind of adopted my family, and we adopted them.

It wasn’t long after we had moved in, maybe a couple weeks, when her husband Bob came over to ask us to watch their house while they were out of town. “Of course,” we agreed. Later as we were getting to know our other neighbors, we had discovered the majority of them had lived there for 20+ years. Some of them even since their houses were built 40 years ago. Why didn’t Bob and Patti ask them? They had been neighbors for years. Later I actually introduced a couple of them. Sad!

I began to wonder why they asked us, the newbies on the block. I came to the conclusion that it was of Jesus in us. We were authentic. You got what you saw. No pretense. We were approachable. We were always outside doing yard work, riding bikes, taking walks. We didn’t hide in our house and only do the friendly opening-garage door wave. We were also accepting. It didn’t matter to us who came over to talk with us. We welcomed them with open arms–even the little girl who said the “F” word (gasp). We just enjoyed our neighbors! It didn’t matter if they were black, white, Asian or Native American. They were our neighbors. In essence, they were our people, our community.

Isn’t that just like Jesus!? He is authentic!  He is as real as they come! He is approachable! Because of Him, we can boldly approach the throne room without fear of judgment. And He is accepting! He accepts us just as we are.

Are you authentic? Are you approachable? Are you accepting?

Won’t you be my neighbor? (Think Mr. Rodgers–now you can’t get that song out of your head, can you?)